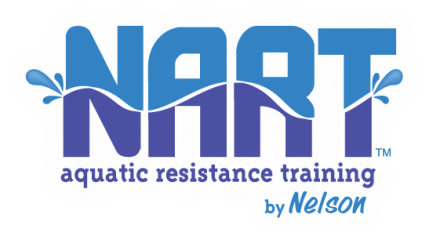 NART™ Program is an approved program of NARTICA™ 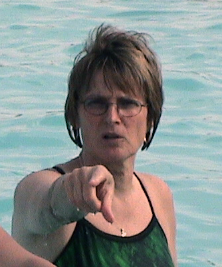 Nelson saw football and baseball players walking in the pool after serious injuries. The pool provided the positive aspects of 1) a whirlpool effect in relaxing the muscles which also did not seem like a workout and 2) changing the depth of water which would provide a difference in resistance when exercising in the pool.

Nelson began testing her theory of water resistance training. She believed that this training would prevent athletes from getting sore while overloading the muscles during high intensity drills and physical conditioning (running, elastic jumping, and weights). In addition, the water resistance training would increase their flexibility, agility, speed and quickness and would enable better performance on the court. Pool training allowed Nelson to maintain high intensity training without her athletes being injured.

The program began in 1973 during the pre-season, regular season and extended through the off-season. The water resistance program was designed to progressively overload the same physical movements on land but performed in the water. In addition, the attempt was made to maintain the majority of exercises performed underwater to prevent muscle soreness.

The results were amazing! After 8 years at the University of Houston all players increased their jump at least 8-10 inches. The best jumper improved from 23 to 36 inches in less than 2 years.  Some volleyball players had a great deal of athletic ability, and some were just trained volleyball players; however, most players averaged a 10” increase with an average of 28-30” with an approach (running) jump during their collegiate career. During this period of time, athletes trained 4-6 hours a day and 12 months out of the year; they also played an average of 50 matches in-season and 60 matches in off-season.

Nelson then began to test using weights in the pool in 1978 at Ravenscroft School, just outside Raleigh, North Carolina. It was here that she met Mary Abdalla, who assisted her during her camps. Mary was a very successful volleyball player at the University of North Carolina and was the first collegiate player outside of the University of Houston to be introduced to the Nelson water resistance training.

In 1979 Mary assumed a graduate assistantship at Lamar University where she designed and conducted a study for her Master’s thesis, “A Comparison of Swimming Pool Vertical Jump Training with Weight Vertical jump Training, and Their Effects on Vertical Jumping Ability.” The result of the study was that the increase in jumping ability from the jump-training program in the swimming pool was higher than weight training on land…confirming that water resistance training yielded more gains beyond an increase in jumping ability.

Special thanks goes to Dr. Mary (Abdalla) Steinhardt, who designed and conducted the first study verifying the value and importance of water resistance training. Also special thanks goes to Terry E. Wiese, who motivated me to demonstrate what exercises and data were essential to the program, who became the first certified NART™ instructor and who now has trained over 500 athletes in NART™ over the past five years in the Dallas/Ft Worth area.

Note: Ruth N. Nelson’s NART™ Program & Mary Abdalla’s Master’s Thesis on “A Comparison of Swimming Pool Vertical Jump Training  with Weight Vertical Jump Training and Their Effects on Vertical Jumping Ability,” Lamar University, 1980, identified and confirmed   innovative techniques that were successfully utilized from 1973-1991 at the University of Houston, LSU, University of Iowa, 1984 U.S.A.  Junior National Team, 1979 U.S.A. World University Games Team, and 1987 Dallas Belles Professional Team. Many international programs utilize some form of water resistance training due to the success that Nelson had over her coaching career at the collegiate, national, international and professional levels.
NART™ is a trademark of brvc, LLC © 2000-2019. All rights reserved. Approved program of NARTICA™.
Proudly powered by Weebly